Mariepskop – What an incredible place! 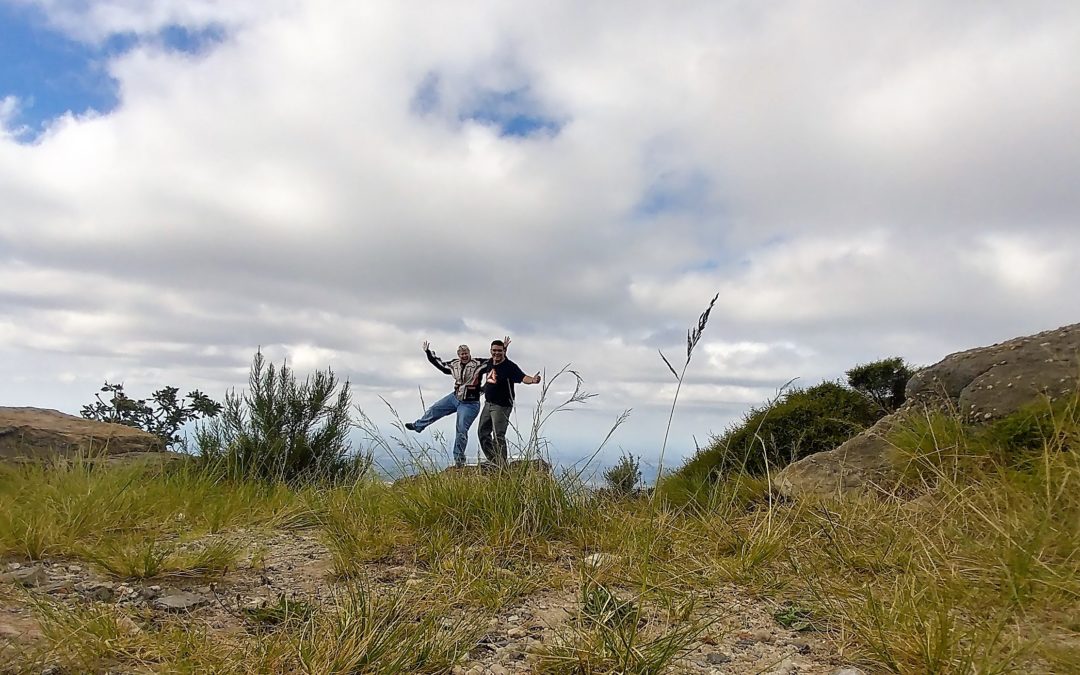 Sunday was one of those hot and humid mornings.    I opened the air-conditioned bedroom’s door and WHAM, walked into a convection oven living room, ready to casserole me into a juicy piece of meat.  I knew it, it was time to ride the bike!

We packed the topboxes of the motorcycles –  Cold drinks, water, drones and a towel, just in case we chose to take a quick dip somewhere near a waterfall.   We fuelled up and took the long road on our handsome iron steeds.

We took the R40 and passed through White River.  We continued past the (not so full) Klipkoppie Dam.  The curls of the R40 between White River and Hazyview are long and open.  The heat and the humidity were long forgotten as the cool wind blew in through the ugly tear and the vents in my Cordura Jacket.

We entered Hazyview, and turned left towards Bushbuckridge.  We passed Perry’s Bridge, where several pleasant Restaurants awaited us.  We continued past Elephant Whispers.  This road passes through quite a few small villages.

This is the route to one of the coolest places (in more than one way) ever!

You will pass through Marite, a village.   The Bushbuckridge Nature Reserve will follow on the right.  Continue through Marijan.  You might think that you have wondered too far when you see Direction Boards with names like Wales or London.  Do not be alarmed, you are not in Europe yet!

Pass through Bushbuckridge, a beautiful old town.  After Bushbuckridge, you will start to descent towards Casteel.   Remember to be on the lookout for wondering cows and goats on these roads. The name Bushbuck Ridge was given because of the large herds of bushbuck found here in the 1880s, and the prominent WNW-ESE ridge in the south-eastern part of the municipal area.  The town of Bushbuckridge grew around a trading store that opened in 1884

This tar road becomes a dirt road that leads through a village, through an area where cows graze and then it happens..  You enter the Nature Reserve.  Now, it’s time to use your GPS or smart phone, because this little dirt road has many forks.   You might get lost, run out of fuel and stay in the Reserve for ever.  You might end up like the ‘Last man on earth’, living alone in the Reserve.

Before we go further, just for a second look at the aerial Google map that I have drawn up, you can already imagine the scenery of this little dirt road.   I just want to mention that this little dirt road is not exactly the type of road that you ride with your knee-scraper Kawasaki Ninja, or your Drag-race-winner Yamaha R1 or even your super powerful Busa.  It is, sure as sun burn for a ginger’s skin, not the type of trip that you do with ‘Vroulief’ on the back of your 1600 touring bike, with the picnic basket in the rear cavity area..  Unless you have plans for an insurance claim..   This is quite a challenging route, especially the last patch of gravel.  But let me not scare you, I know most riders in the Lowveld are strong and fast and very very skilled riders, especially those riders ‘for a cause’.

The dirt road is about 15-20km in length.  On this patch of dirt is a turn-off for a waterfall and for a picnic area – feel free to go and explore.  The dirt road becomes a solid cement road with perfectly cambered turns.  These sharp little cambered turns are where you can wind down; enjoy the fresh air and the natural forest, the mountains, the Majestically arranged rocks, the magnificent views and much more!

There is a security point on the route.  Entrance cost averages at R30 per person.  At this security point, on the right, is the old residential area for LASS (Lowveld Air Space Control Sector).  Many of our gents who served in the S.A Air force, police or army, enjoyed these facilities.  Rugby matches were held here.  There is a large swimming pool, tennis courts and several houses.

I must admit, I feel rather thankful that I live in Mpumalanga, when I reach the view point.  The view point, is situated on the border of Mpumalanga and Limpopo.  That flat piece of earth is Limpopo and the mountains and streams and rocks and beauty.. That is Mpumalanga – in case you get mixed up! It all started with the development of the airplane and the need of every nation for air superiority. As far back as WWI, when pilots still shot off their propellers and threw bombs from the cockpit, the need arose for early warning of approaching aircraft to warn the inhabitants of the area to either protect themselves or hide from danger. This was primarily done by troops deployed on hilltops and other lookout points where they had to visibly lookout for enemy aircraft with binoculars and listening out for the sound of the rumbling piston engines and relaying the information back to the relevant people by radios. At the time this technique served well enough as airplanes moved relatively slow, and there was enough time to put own aircraft in the air to intercept the approaching bandits (enemy aircraft). As time progressed and technology developed, faster and better aircraft were invented, and by WWII the development of the RADAR (RAdio Detection And Range) system started. Britain and the United States were the main developers, but South Africa also had a finger in the pie, as well as various other countries. Radars, although still primitive, proved itself quite worthy and as a necessity for early warning and in-flight control at the end of WWII.

In the 1950’s, the planning and development of Mariepskop Radar Station started. Project NATSEC (National Security) was launched to establish a chain of radar stations along the borders of the then Transvaal in order to protect the Witwatersrand area from possible aerial attack emanating from neighbouring states. These radars were to ensure optimum coverage, and thus a communication network was essential for the link with the fighter base at Waterkloof as well as with each other. Subsequently, in 1954, Capt Cockbain and Cpl Franke ventured through the forest in order to reach the mountaintop of Mariepskop to assess the site for radio communication.

In 1955 1 Mobile Construction Flight started construction of the road to Mariepskop.  In late 1961, the Rohrbeck road was widened to accommodate the large equipment and servicing vehicles needed in the operation of an Air Defence Satellite Station.   The station became operational on 18 November 1965 and was declared officially open on the same day.

After some years of successful operating, the need arose for the upgrading of the unit, and this coincided with the need for another name and so the Lowveld Air Space Control Sector (LASS) was subsequently opened by Gen D.J. Earp, SSA, SD, SM. During August 1989 the unit moved to a new complex at AFB Hoedspruit and Mariepskop became a Reporting Post for the Sector Control Centre (SCC). Lt Gen J.P.B. van Loggerenberg, SSAS, SD, officially opened the new Complex at AFB Hoedspruit on 30 November 1990. It was also during the same year that LASS celebrated its 6th anniversary, and Mariepskop its 25th. 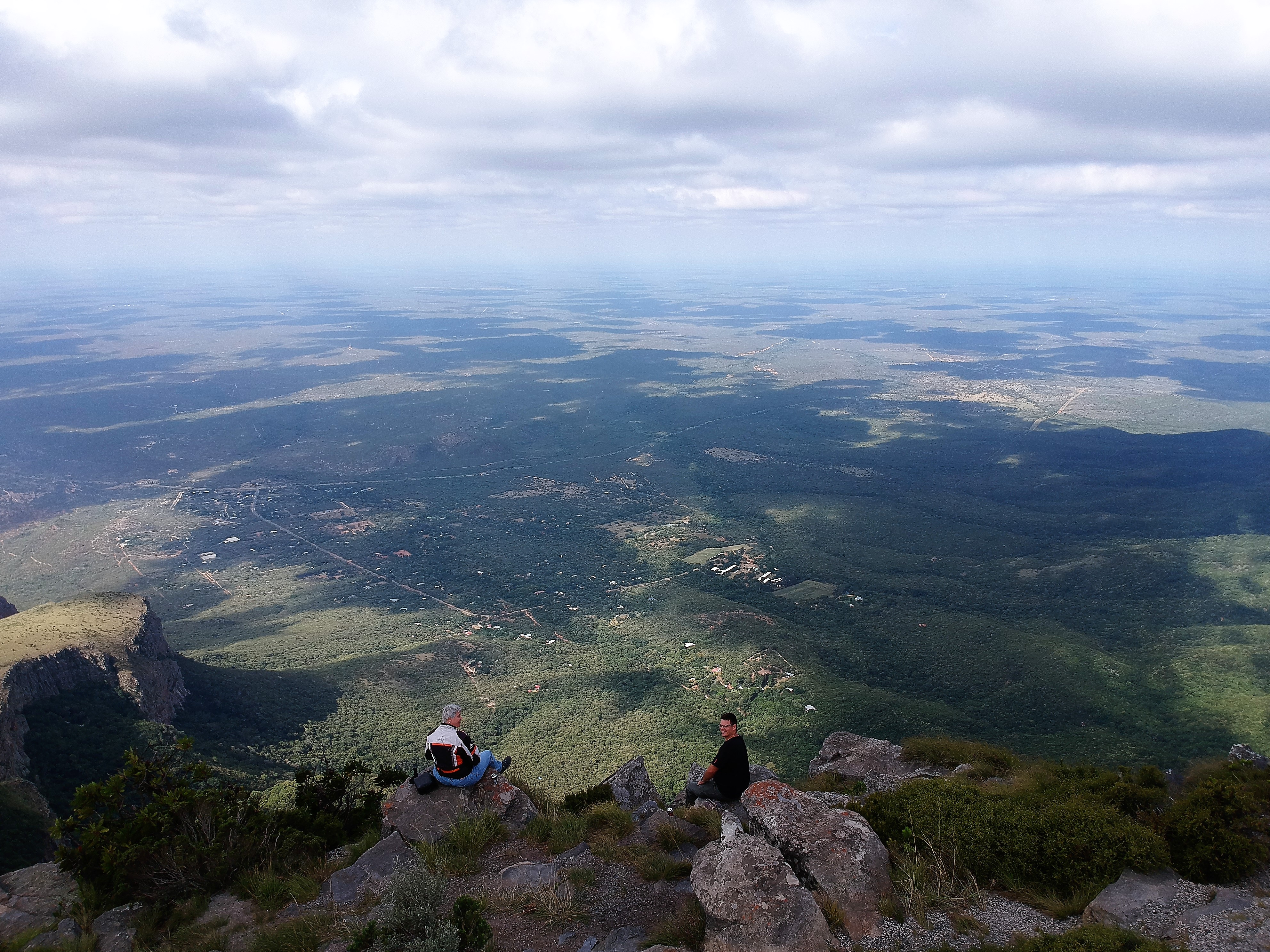 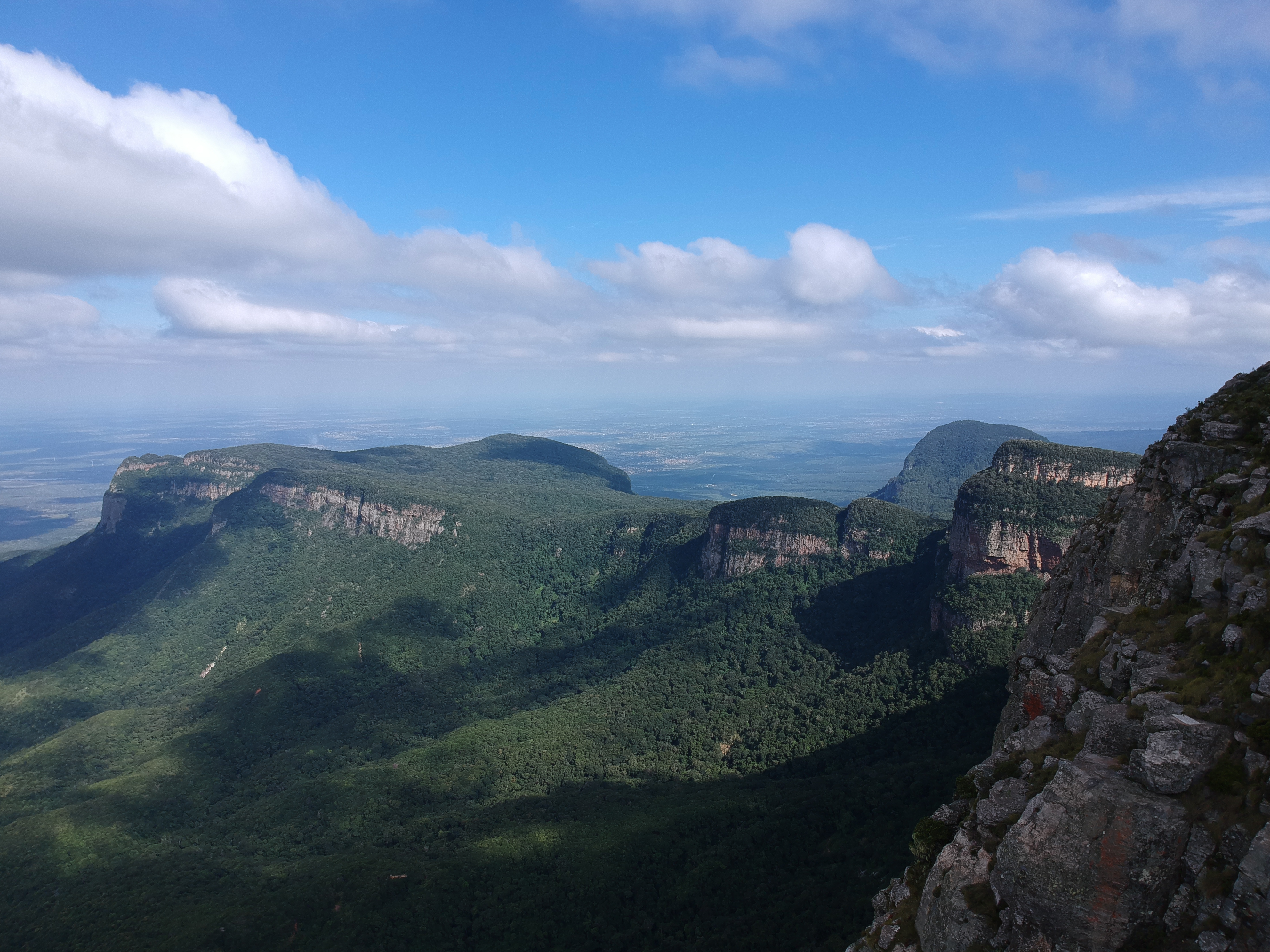 It is difficult to leave a place as beautiful as Mariepskop. The sun was setting and we needed to hit the road.
Follow the road back to Bushbuckridge, and look for the Graskop turn-off. This is one of those hidden secrets of the lowveld. This tar road is one of those tar roads that makes you want to stretch the speed limit a little. Just like the Hazyview R40, it has long curl. Like beautiful long black hair, the road curls along the contours of the mountain. After the Hazyview intersection on the left, the potholes start appearing. Drive carefully and watch out for those big holes of despair in the tar.
Just before Graskop, on the left, is an old damaged Monument that was erected for those builders of the road. There is a cement road that leads to the beautiful view point (and the signal towers). If you have not had enough adventure for one day, enjoy the short cement road.

When you reach Graskop, the world is your Oyster! Go where ever you want to; ride the glass lift, see the waterfalls, eat a pancake, visit Pilgrim’s Rest, swim in a rock pool.. ..
..JUST FOLLOW YOUR HEART, LIVE FOR THE MOMENT!!!!

We keep our followers updated with webinars about navigation, packing, trips, route planning and design as well as product launches of interest. Don’t miss out!

Quickly complete the form below?